What security service do you need?

<< Back to Latest News 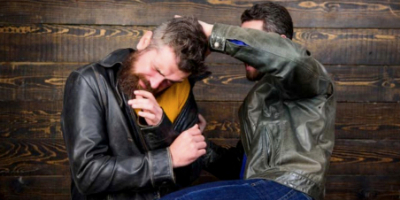 A fight broke out in an alleyway near a night club.

It escalated into several people throwing punches, at which point door supervisors from a number of nearby venues intervened to break up the fights. During this intervention, Jackson (not his real name), is alleged to have thrown a punch at a door supervisor. The door supervisor restrained Jackson on the floor with support from a colleague.

One door supervisor restrained Jackson in an unsafe manner, by making contact with his neck. Another door supervisor was responsible for Jackson’s midriff, and a third door supervisor assisted for a period of time by restraining Jackson’s legs and feet. They kept Jackson under restraint until his body went motionless.

On realising this, the door supervisors checked Jackson’s breathing and pulse and found them to be weak. They put him into the recovery position and called paramedics. Jackson then stopped breathing and went into cardiac arrest. Paramedics arrived at the scene and started CPR. Jackson was taken to hospital and remained under sedation for several days. The hospital eventually told Jackson’s family that he would not survive, and they took the decision to turn off his life support.

The coroner wrote that Jackson died ‘due to the fact that he was restrained in an inappropriate manner after behaving aggressively in a public place whilst being intoxicated. There was a delay before he received the urgent medical treatment he required, during which time he suffered irreversible hypoxic brain damage’.

This tragic case highlights the need for proper training and the correct amount of restraint. Read the full case study here (a 2 page pdf).